The Amalie Arena is the massive sport and entertainment complex in Tampa Florida.  It hosts professional ice hockey, basketball and football games.

This massive building is also the main venue for large concerts in the Tampa Bay region.

Amalie Arena is home to the Tampa Bay Lightning Hockey Team of the National Hockey League. 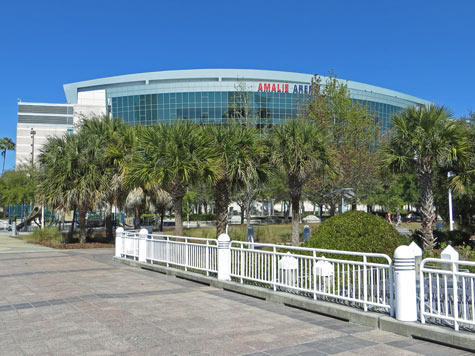 When the building originally opened in 1996, it was called the Ice Palace.  It has been called the Amalie Arena since 2014.

The Amalie Arena is located in the Channelside District of Tampa between Old Water Street and Channelside Drive in downtown Tampa.

Many vacationers, snowbirds and cruise passengers enjoy watching a game or show at this legendary arena.

For current schedules, events and prices, please visit the official website for the arena.